Released for rental on Disney+, the film tells the story of Raya, a warrior-princess on the hunt for pieces of the mythic “Dragon Gem,” as she journeys through land once filled with unity and dragons until a plague of evil spirits led to a division between the people and the disappearance of the dragons.

“What attracted me to the project,” said Awkwafina, who plays Sisu, Raya’s companion and last remaining dragon, “was how it would not only feature the cultures of Southeast Asia but also its first Southeast Asian Disney princess.”

The look and feel of the five tribes of the land of Kumandra draw influence from real-world elements found in countries such as Thailand, Indonesia, and Vietnam. This continues what may be a trend in Disney princess movies of showcasing the people and mythologies of cultures less seen in Western films, picking up where the Polynesian-inspired “Moana” left off.

“Recognizing that this movie was going to be inspired by the part of the world that my family’s from made me really excited,” said Kelly Marie Tran, the voice of Raya. “Raya is someone who is a warrior and who gets to be really angry, which we haven’t seen before. I think Disney’s really trying to broaden the idea of what people think when they think of the word hero and when they think of the word princess.”

Raya and the Last Dragon’ Soars to New Heights

“Do not be afraid. Take chances and trust your instincts,” John Ripa, Disney animator and co-director of the Walt Disney Animated Studios’ latest film “Raya and the Last Dragon,” told college students ahead of the movie’s March 5 premiere. On Feb. 24, Ripa Paul Briggs, a fellow co-director and Disney animator,  hosted the Zoom-exclusive event “Disney’s ‘Raya and the Last Dragon’ College Filmmaker Presentation” for college students across the globe.

To promote the newest Disney princess film in an educational and motivational light, Briggs and Ripa shared a series of behind-the-scenes videos, photographs from research journeys and discoveries made during the transition from page to screen all while inviting attendees into the world of Kumandra, the fantastical setting of “Raya and the Last Dragon.”

Disney’s fantasy-adventure Raya and the Last Dragon stayed atop the chart in its third outing, falling a mere 5 percent to $5.2 million as L.A. theaters roared back to life over the weekend in a needed boost for Hollywood and ravaged theater owners. 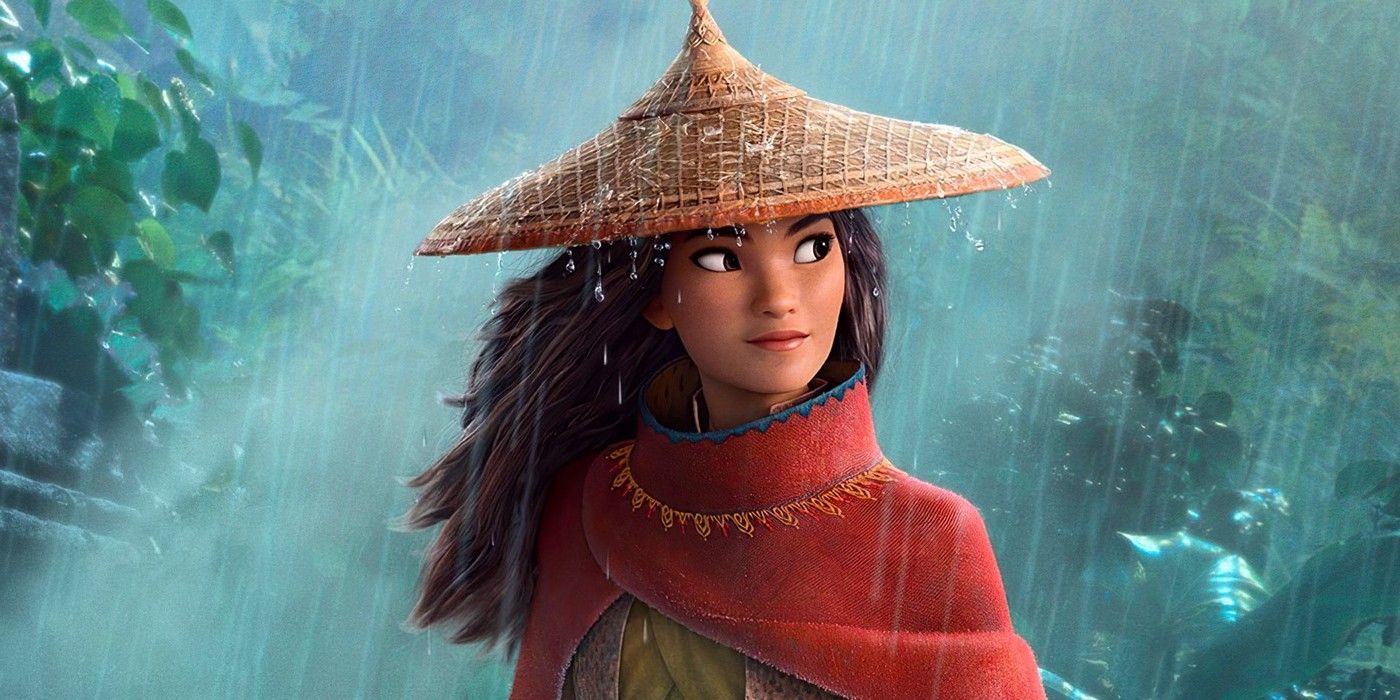 The Disney title was hardly the only movie seeing a narrow decline, or even a boost, although the big test will come when new major studio products open over the next two weekends in North America, including Nobody — which opened to a promising $2.6 million from four overseas markets this weekend — and Godzilla vs. Kong.

The newest Disney princess Raya is set apart from many of the other characters in the line. It is a consistent criticism that the princesses are often not given much in the way of character, more often than not having story events happen to them as opposed to embodying young women with agency, goals, and flaws. But Tran was quick to not dismiss the earlier films entirely. 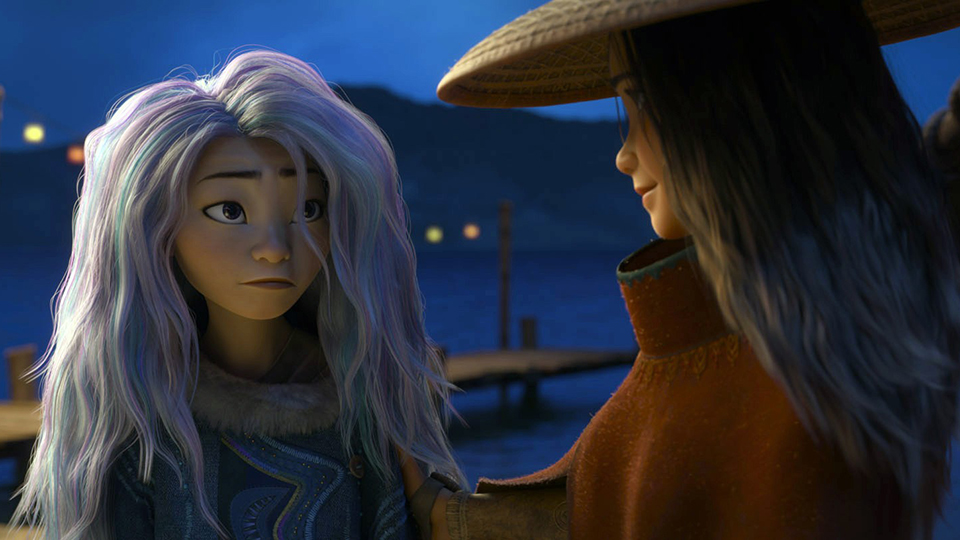 “I want to be really specific about the way that I speak about Disney princesses. I think a lot of times there’s sort of a negative connotation about those earlier movies and I don’t necessarily believe that” she said.

“There really is nothing wrong with wanting to be in love or liking pretty dresses. The danger becomes when we only see the same types of art of representation over and over, do you think that’s the only thing you can do.”

The film’s innovations in cultural depiction and in its heroine are not its only noteworthy aspects. It also provides a fascinating look at the production pipeline during the COVID-19 pandemic as the actors were forced to work from home. 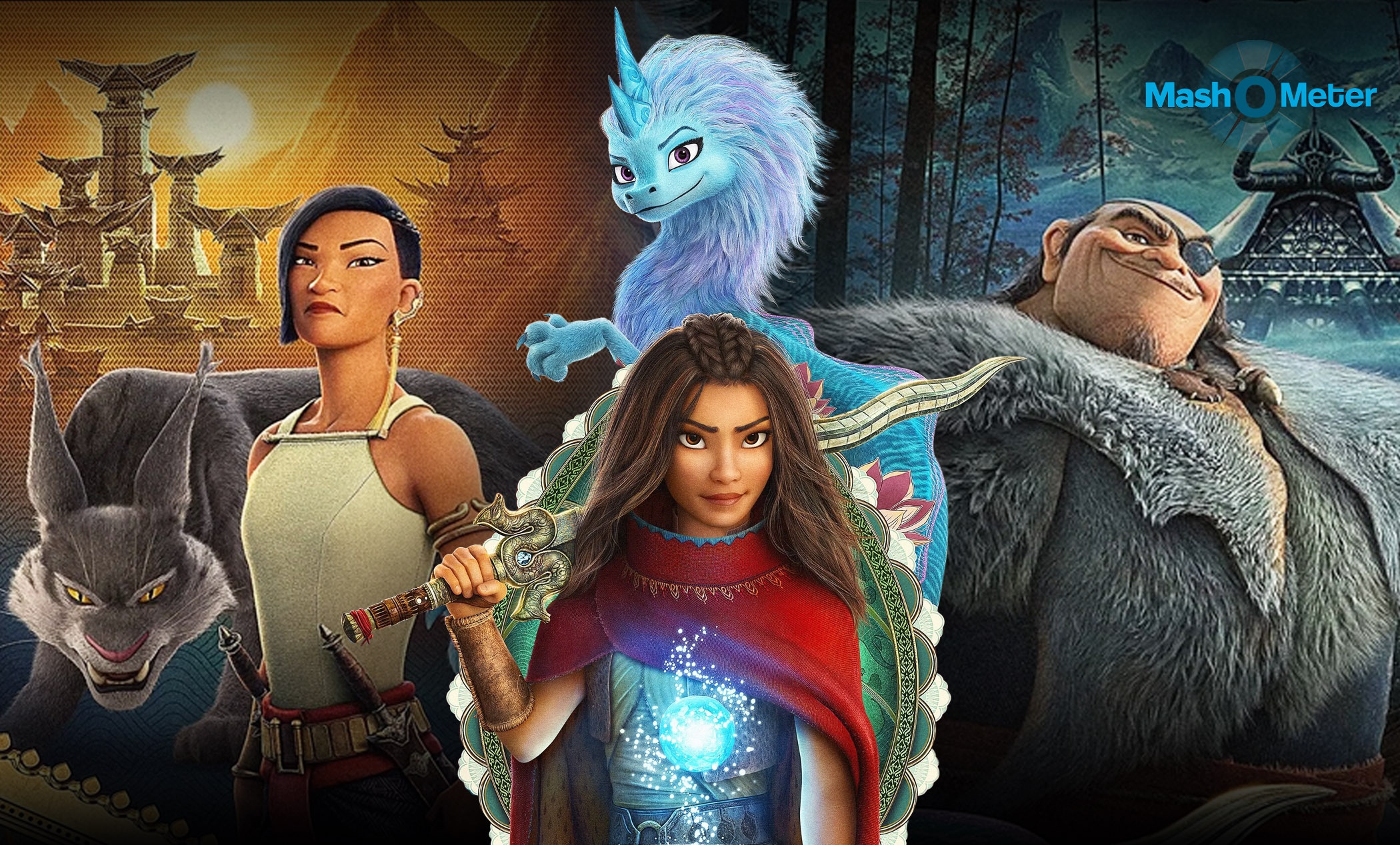 “I think we had 450 casts and crew working from all around the world to make this film come together,” said Gemma Chan, who plays the film’s antagonist Namaari.

“When I did my first session on the film, we were in the first lockdown and I converted a small storeroom into a makeshift studio, putting padding on the walls. I’ve never done something like this from home before, having to be your own technician, failing spectacularly at it at times.”

While the cast would have loved the opportunity to play off each other by recording together, the finished film does not suffer. But according to the actors, the cutting-room floor is covered in audio and technical glitches caused by working remotely.

“The Internet cutting out was bad. Sounds from outside. There’s a lot of construction around right now,” recounted Tran.

“I will say there were some positive experiences about it and those included being able to see inside people’s homes and getting more of their personality. I know that sounds so creepy,” Tran said, laughing. 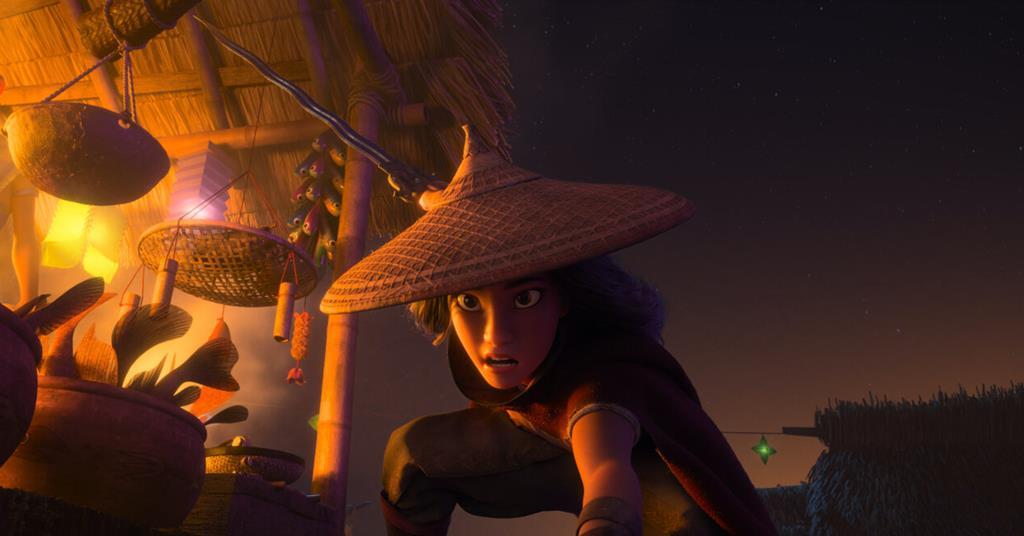 “Raya and the Last Dragon” has not been without its negative responses. Some critics from the Southeast Asian community have expressed dissatisfaction with the portrayal of elements of the real world culture being done haphazardly, contributing to a view in which Asian cultures are seen as interchangeable.